The Rebirth of the Mathemagick

Two volumes of Mathemagick by the Davidge Cousins are coming out this fall!

Mathemagick: The Point and the Invisible Hand pits our heroes the Wandering Stars against an abstract artist who steals the vanishing point from all of reality and a dastardly entity whose Deadly Sins are aggressively logging the Philosophers Forest.

In Mathemagick: The War of Flat and Wonder the Wandering Stars get caught up in a battle between the wild creatures of Wonderland and the geometrically rigid figures of Flatland.

These books will have their first releases at the Calgary Red and White Comic & Toy Expo on Sunday September 14 and the Edmonton Comic & Entertainment Expo from September 26 - 28.  James will also have some of his other titles there, including Mathemagick: Apples & Origins. 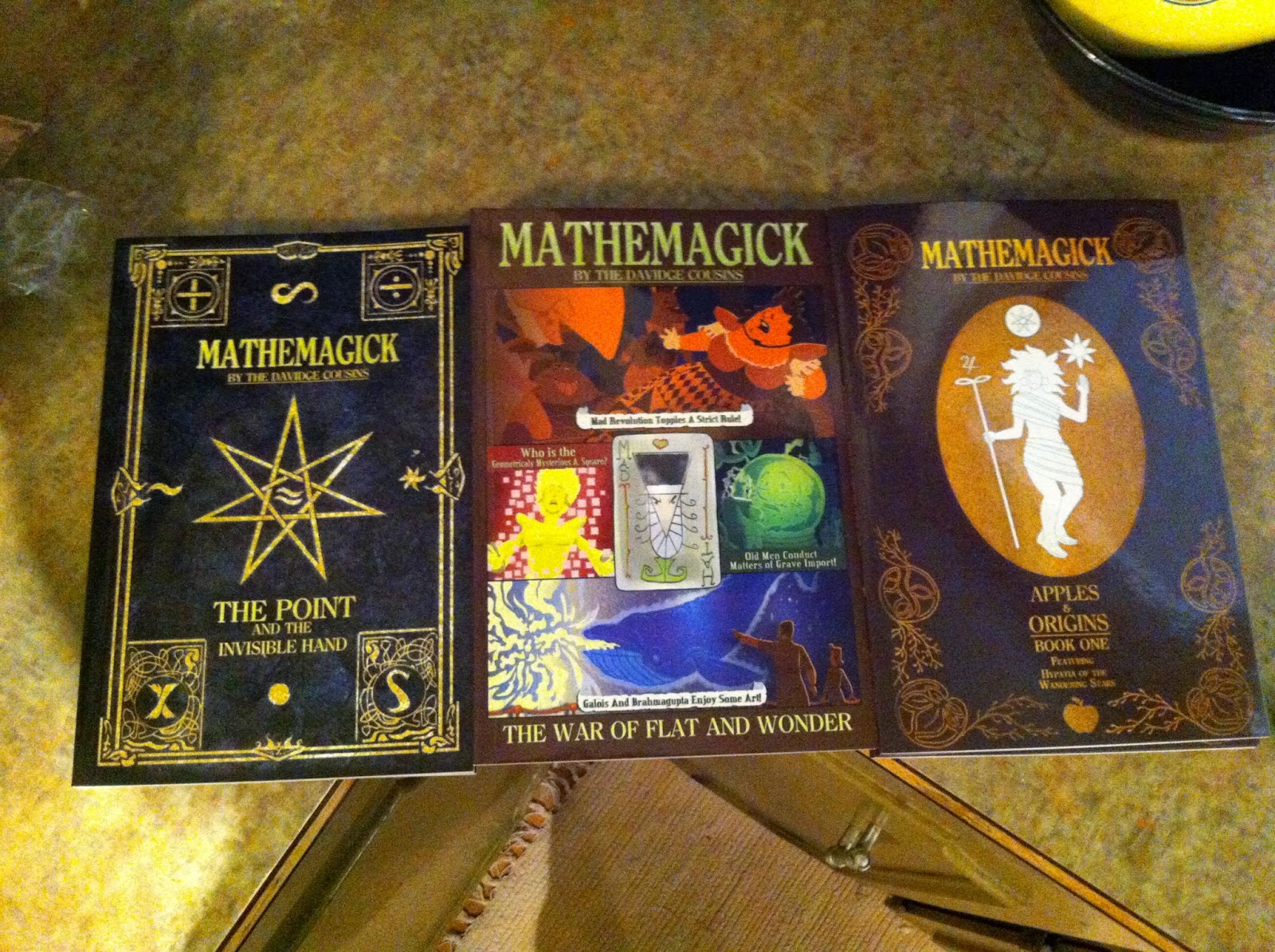