NEW RELEASE!
1st Legion of Utopia
The turmoil of the Great Depression galvanized Canadians to rise up and fight for improved labour conditions, social equality and universal healthcare. In the frontier city of Calgary, Holly Burnside and Brian Mah get involved with the founding of the Co-operative Commonwealth Federation, the first national party dedicated to the needs of workers and farmers.
Written by James Davidge, art by Bob Prodor and Nick Johnson, cover, lettering and design by Ryan Ferrier
graphic novel – 80 pages – Full colour – softcover 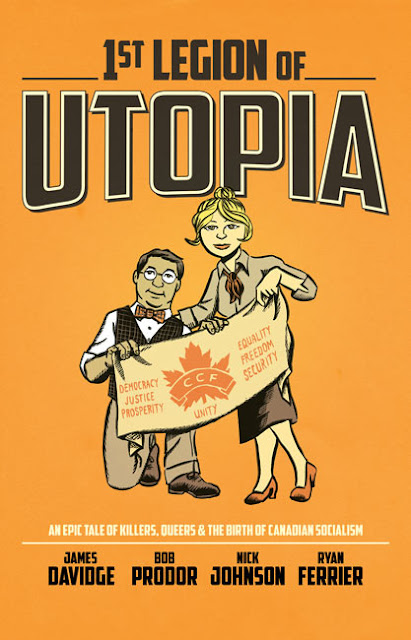 Mathemagick: The Point and the Invisible Hand
Written by James Davidge 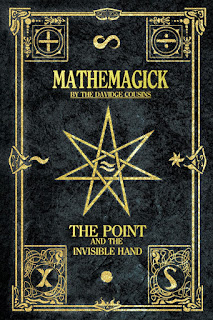 Journey with the Wandering Stars - seven mathematicians from various eras in history mysteriously banded together to solve problems of a grand and metaphysical nature. These first two tales feature an angry abstract artist who steals the vanishing point from all of reality and the Invisible Hand who is attempting to log the Philosopher Forest with his Seven Deadly Sins.

Mathemagick: The War of Flat and Wonder
Written by James Davidge
Art by Jesse Davidge
48 page black and white graphic novel, Suitable for all ages 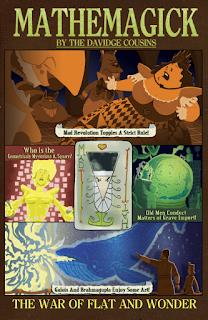 Journey with the Wandering Stars! Seven mathematicians from various eras in history who are mysteriously banded together to take on problems of a grand and metaphysical nature!
Following an unexpected visit from the White Rabbit, the creative abilities of our cosmic crusaders are put to the test when they're thrust into the middle of a devastating skirmish between the absurdly playful Wonderland and the geometrically composed Flatland.  Can the Wandering Stars broker peace between these two vastly different realms? 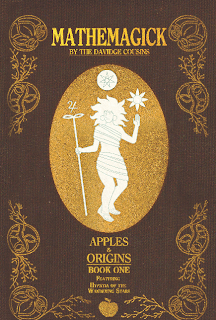 Mathemagick by the Davidge Cousins: Apples & Origins Book One
32 page black and white graphic novel, Suitable for all ages

Journey with the Wandering Stars!  Seven mathematicians from various parts of history mysteriously banded together to magically take on problems of a grand and metaphysical nature.
The future of our cosmic crusaders is threatened by an emerging danger.  The Wandering Stars are put on trial by the Lodge of Inter-temporal Mathematicians to face charges of committing crimes against reality.  To defend themselves, ancient secrets are revealed as the Stars’ team leader Hypatia recounts her tragic, mystical beginnings.  All this and more in this exciting tale of MATHEMAGICK: APPLES & ORIGINS! 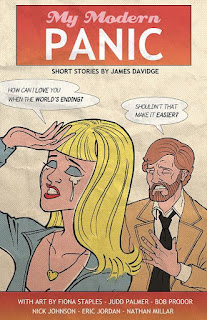 Bestselling author James Davidge collaborates with a brilliant and diverse group of illustrators to produce a playful yet socially-concerned collection of comic and prose stories. What if the upper class of society started to collect and display the homeless as art? Could a sustainable farm be built on a defunct off-shore oil rig by utilizing guidance and funding from a talking goldfish? Can Davidge reconcile with his own youthful sins of pulling the hair of a girl he liked, taunting someone entirely undeserving and abandoning one of his best friends? Journey with ancient alchemist Hermes Trismegestus as he poetically presents these absurd tales of heart, humour and woe. 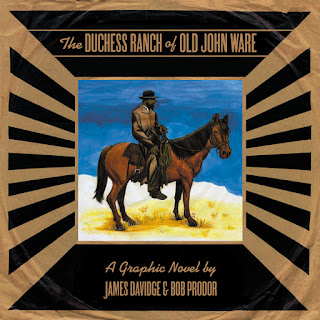 Freed from slavery after the American Civil War, John Ware rode various cattle drives from the southern to the foothills of the Canadian Rocky Mountains. Overcoming the prejudices and general hardships of the time, he rose to become a prominent frontier rancher.  An uproarious epic full of wild wranglers, makeshift rodeos, hazardous weather and prairie love, this true account of determination is an inspiration to all. 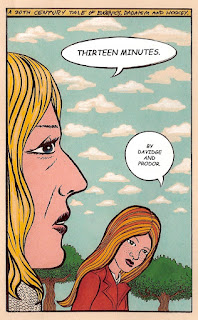 In 1928, an internship with famed equal persons activist Nellie McClung leads Holly Burnside to clerk for the Alberta Eugenics Board, a group which prides itself on the efficiency of their reviews for government mandated sterilization - 13 minutes a case. She and her two brothers, one a politically charged performance artist and the other a star player in the collapsing Prairie Hockey League, all struggle finding their place in the world. Follow them over four decades as they encounter endless sorrows and joys from both society and family.